MBSTP has released millions of juvenile chinook salmon to Monterey Bay over the past 20 years. Chinook salmon smolts are obtained from the CDFW-operated Mokelumne Hatchery and transported to the coast for release into the ocean environment. This is done as part of a CDFW effort to mitigate losses of chinook salmon sustained during outmigration from river systems throughout central California. This program directly and measurably supports commercial and sport fisheries of the Monterey Bay area. As of 2014, MBSTP has released over 4 million chinook salmon smolts into Monterey Bay. Ongoing Coded Wire Tag (CWT) studies are being conducted by CDFW to track the recovery of fish from these releases. Preliminary results from the tags recovered by anglers indicate that about 3% of the fish MBSTP releases are caught by anglers. That adds up to thousands of salmon every year! 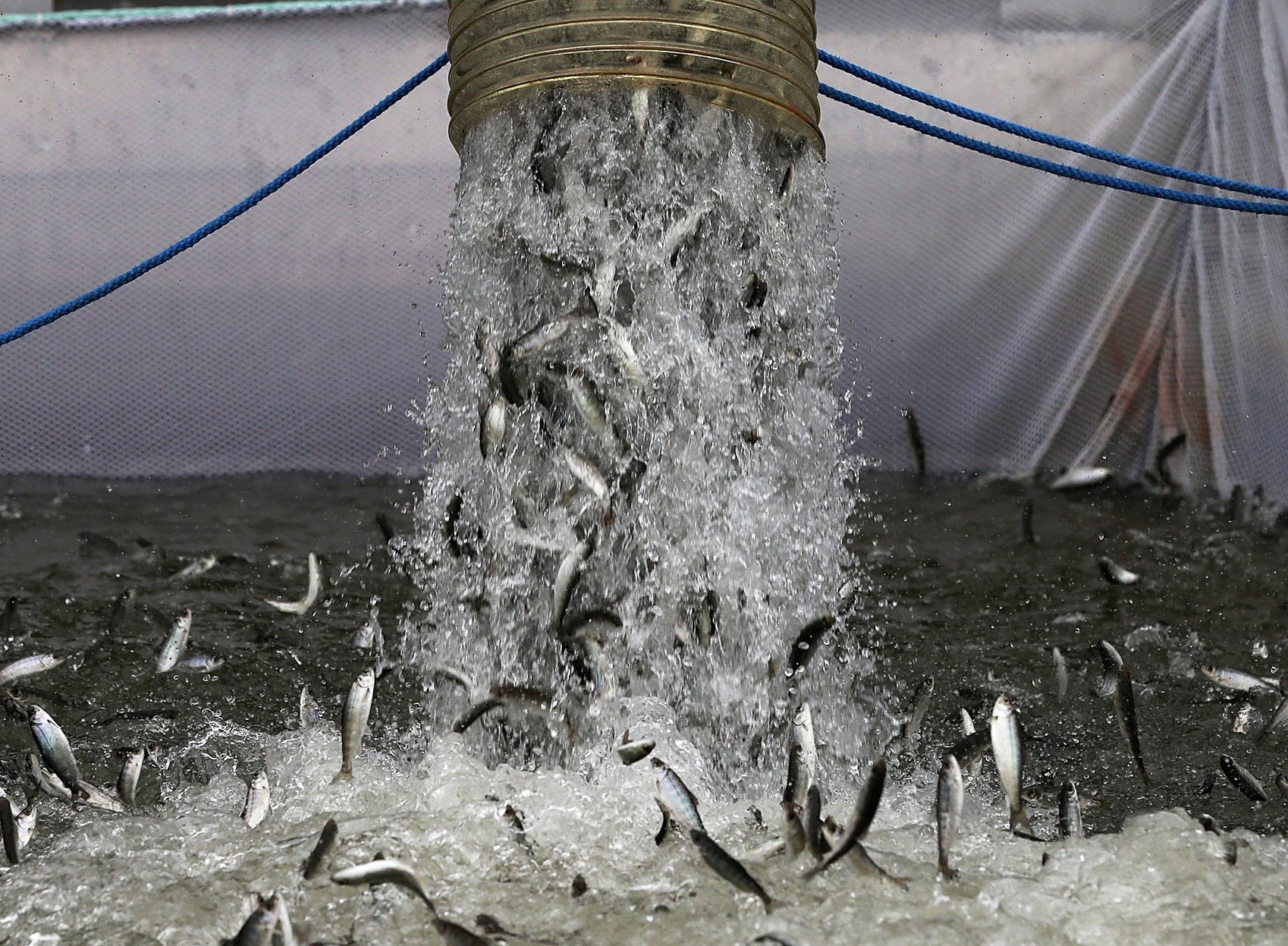 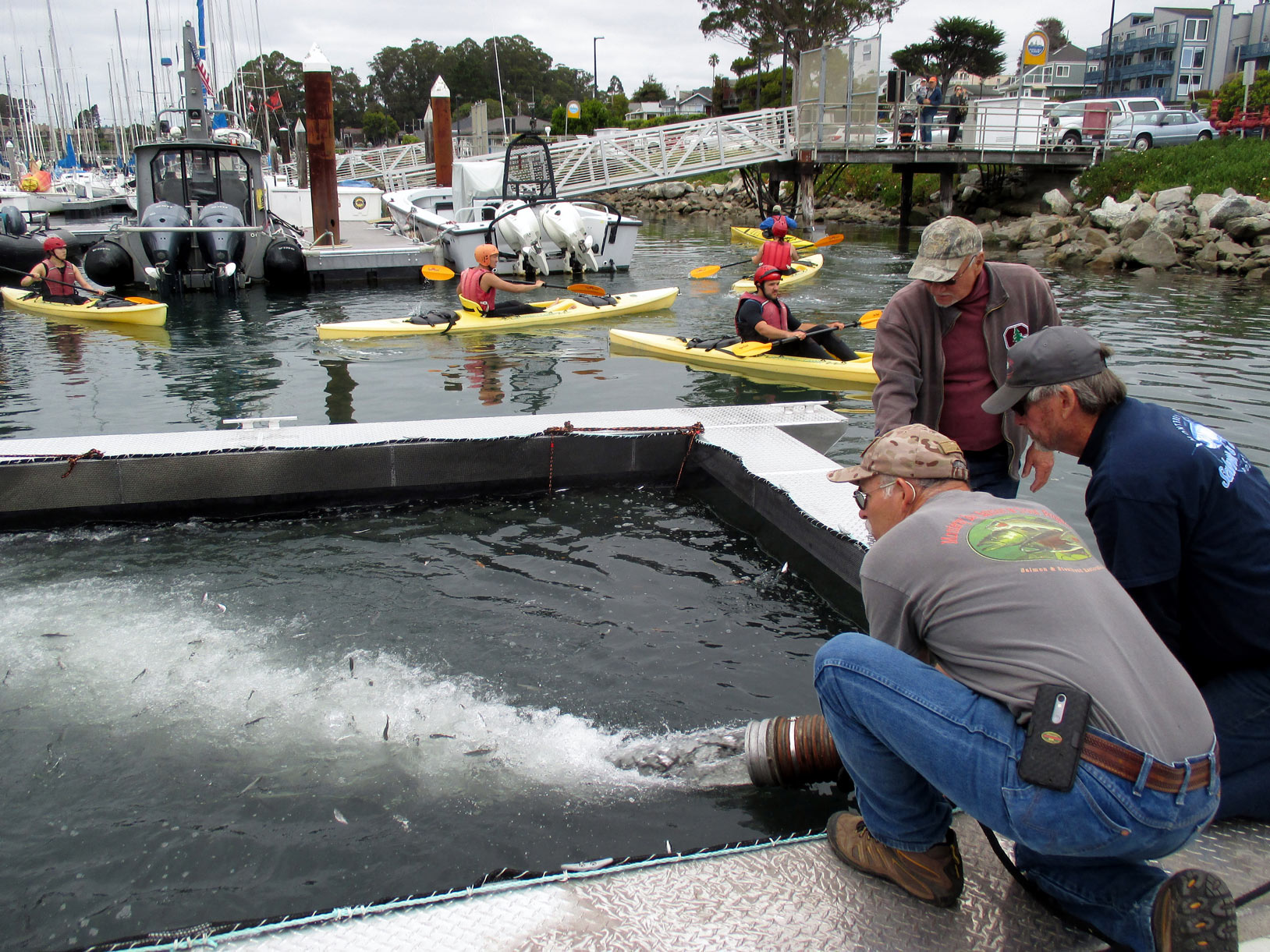 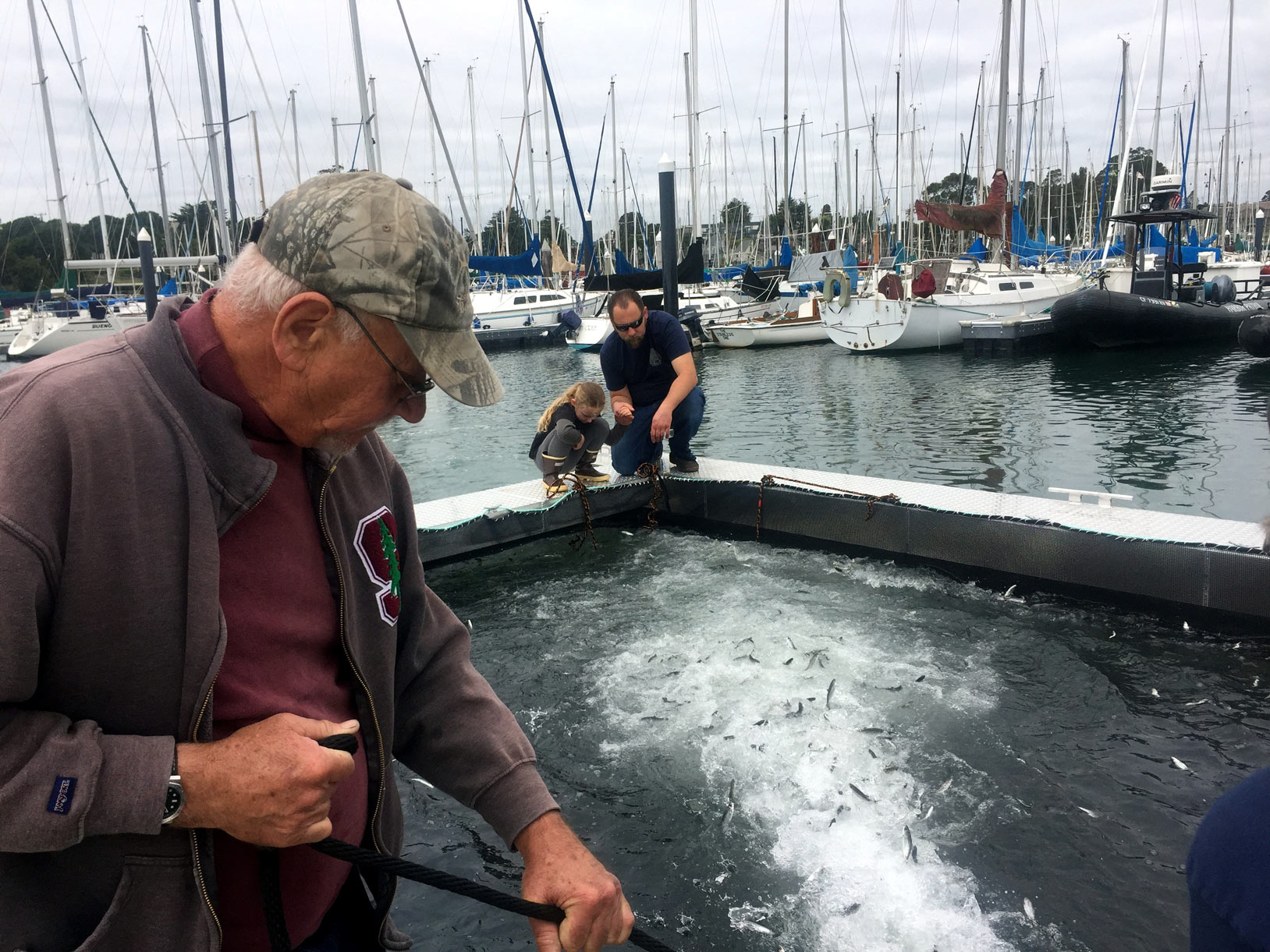 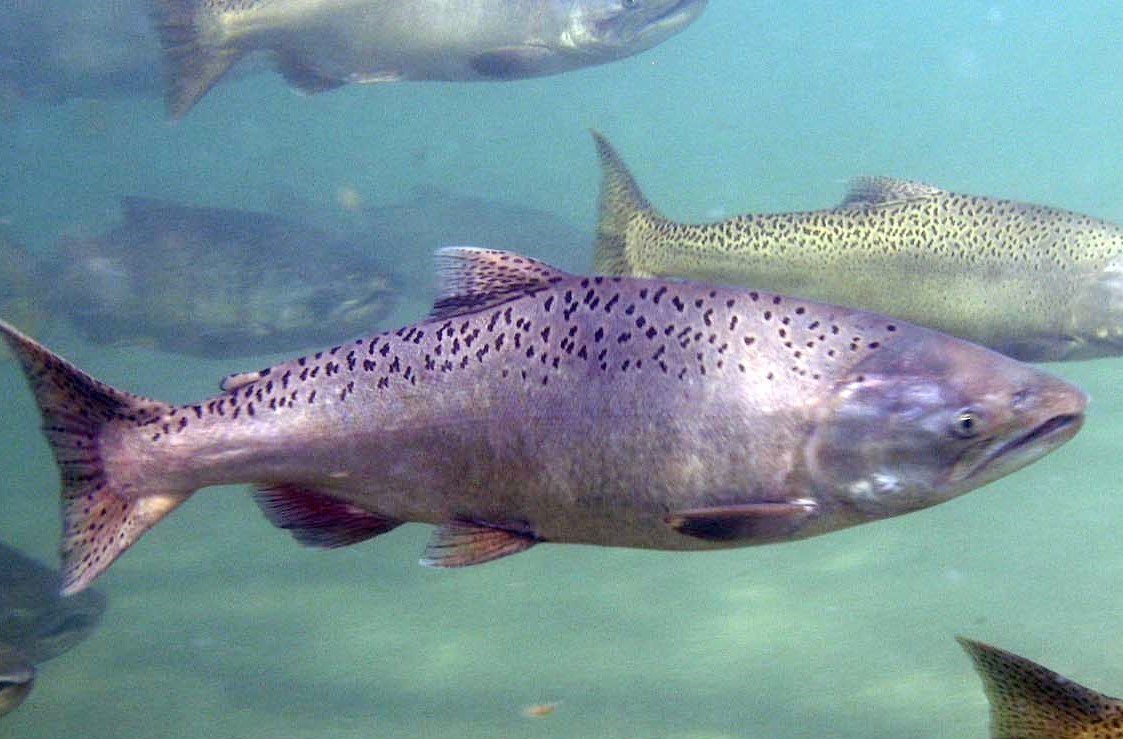 By trucking Fall-run chinook salmon smolts from inland hatcheries managed by CDFW, we are working to mitigate impacted and lost habitats in the Bay-Delta and Central Valley regions. Fish produced for this project are specifically intended to be captured in California’s sport and commercial fisheries. Additionally, rearing and transport of these fish is paid for in large part through funds from the sale of salmon licenses and stamps. This program is a great way for stakeholders (fishermen) to have a direct, positive impact on the resource they depend upon.

All fish produced and released as part of the coastal release program are marked with a Coded Wire Tag (CWT) that helps individually identify them and keep track of ‘stray’ adult returns. This tagging and monitoring program ensures that these releases are having the intended benefit of supplementing California’s fisheries without negatively impacting wild populations of fish. Monitoring data from past chinook releases in Monterey Bay shows that ‘stray’ adult fish making it to spawning grounds outside their natal river are exceptionally rare. This data has also indicated that many of the fish produced for this program are actually captured by local commercial and sport fishermen- contributing thousands of adults to the fishery, and fulfilling the objectives of this enhancement program.

MBSTP operates our chinook salmon release program to support the coastal community and local fishing opportunities. We are proud to have this publicly-popular, community-oriented and carefully monitored program as a main pillar of our organization. To learn more about California’s Chinook salmon and the work being done to save the species’ habitat and sustain the fishery, please see below:

California’s Chinook salmon (Oncorhynchus tshawytscha) are the southern-must chinook salmon runs in the world. Chinook or ‘King’ salmon, are also the largest of all Pacific salmon species, with individual adults reaching weights over 100 pounds and 1.5 meters in length! These animals have an incredible anadromous life cycle, connecting distant marine nutrients and resources to inland river habitats. Chinook salmon can migrate upriver nearly 2,000 miles (Yukon River, AK), and can gain over 7,000 feet in elevation (Salmon River, ID) by the time they reach their spawning habitats. This is all after surviving both the outmigration downriver to sea as juveniles (smolts), as well as the marine environment as growing adults.

The development of estuary and river habitat and increased demand for water in the California Central Valley and Bay-Delta regions pose serious threats to the ongoing survival of Chinook salmon populations in California. Because of severely reduced juvenile rearing habitats (lagoons) and heavily developed river systems, juvenile chinook salmon in California exhibit extremely low (<1%) survival during outmigration to the ocean.

Because of this poor survival rate due to man-made impacts, MBSTP and other nonprofits devoted to fisheries recovery help transport juvenile chinook salmon by truck from inland hatcheries to coastal locations for release. These are not the same variety of net pen operations that routinely make news in Puget Sound and the North Atlantic. Those are ‘fish farms’, where Atlantic salmon are raised for several months/years for direct harvest and sale. The MBSTP chinook salmon release program holds juvenile salmon only for a few hours before release to the marine environment. These smolt releases are part of our efforts to support our coastal communities and local fisheries through direct supplementation of salmon populations in Monterey Bay.

To learn more about Chinook salmon and recovery efforts in California, check out these resources: