MBSTP works in partnership with the NOAA Southwest Fisheries Science Center and CDFW to support coho salmon restoration through a captive broodstock program. As part of collaborative intra-agency efforts to recover coho salmon on California’s central coast, thousands of smolts are released every spring through the MBSTP coho salmon Cooperative Rearing Program. To provide these smolts, adult spawning pairs are selected from specific and diverse relationships within gene pools local to central California, ensuring that every fish released is as well-suited to the local environment as possible. The Cooperative Rearing Program also assists with research addressing limiting factors of fish in the wild, such as the prevention of diseases endemic to the habitat, and best recovery practices for endangered salmon of the Monterey Bay region. 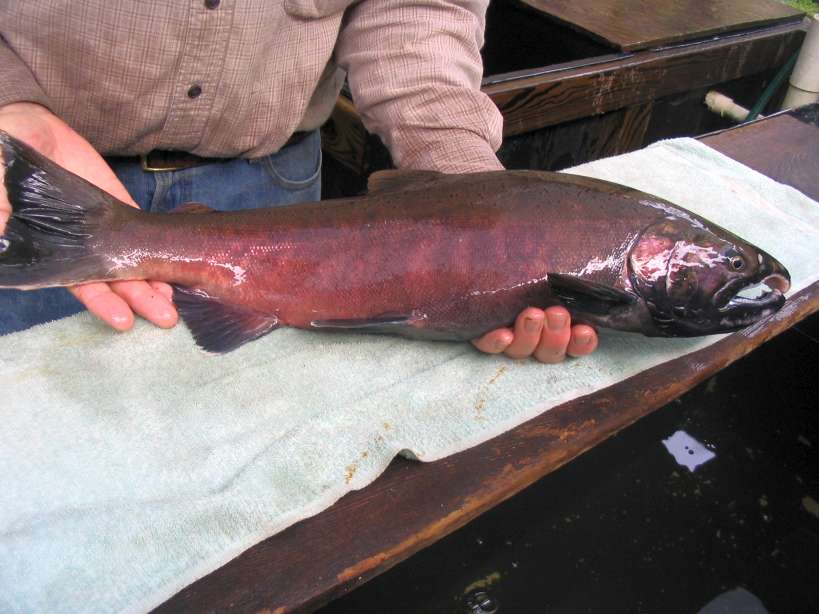 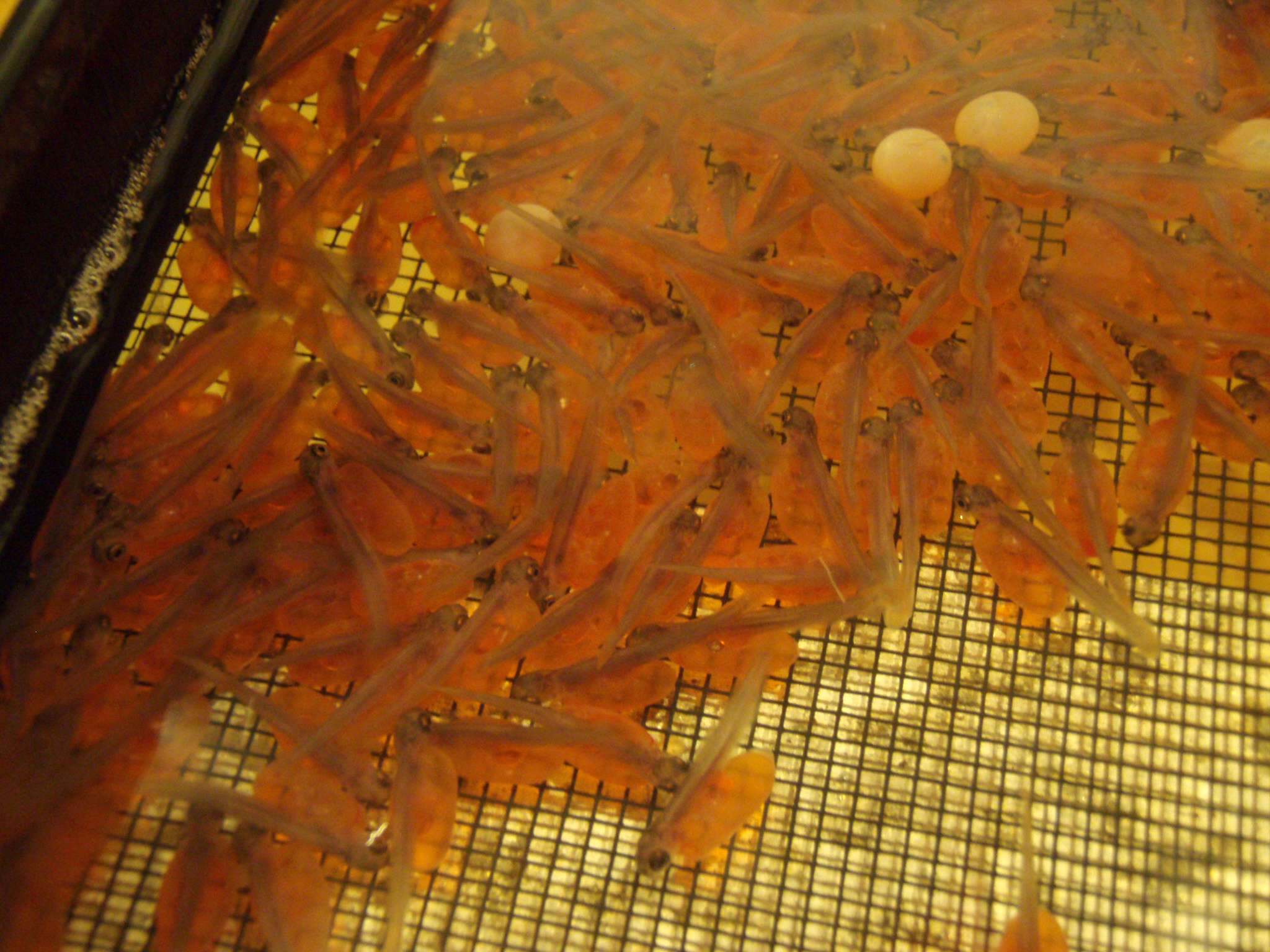 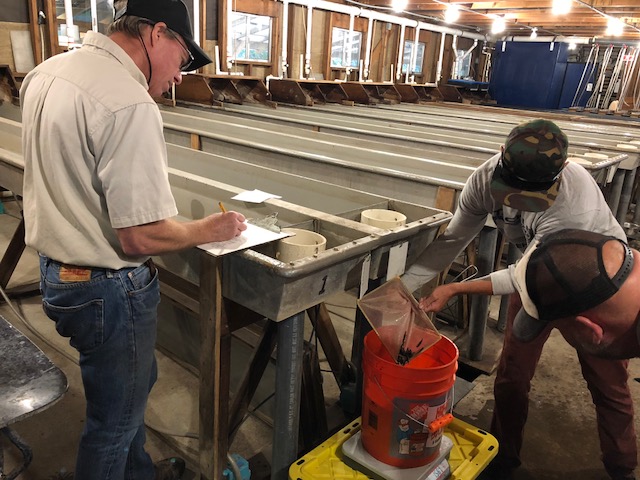 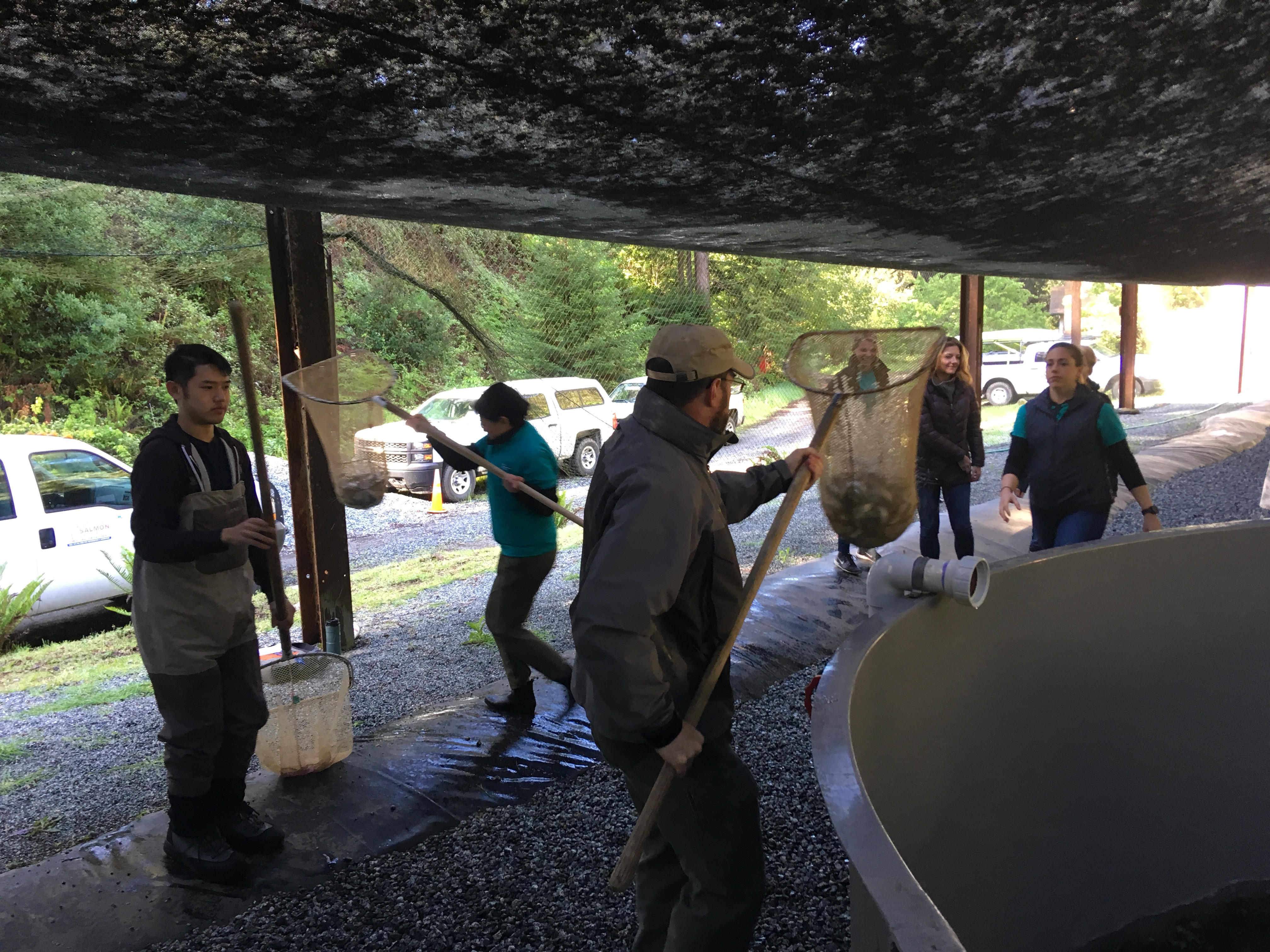 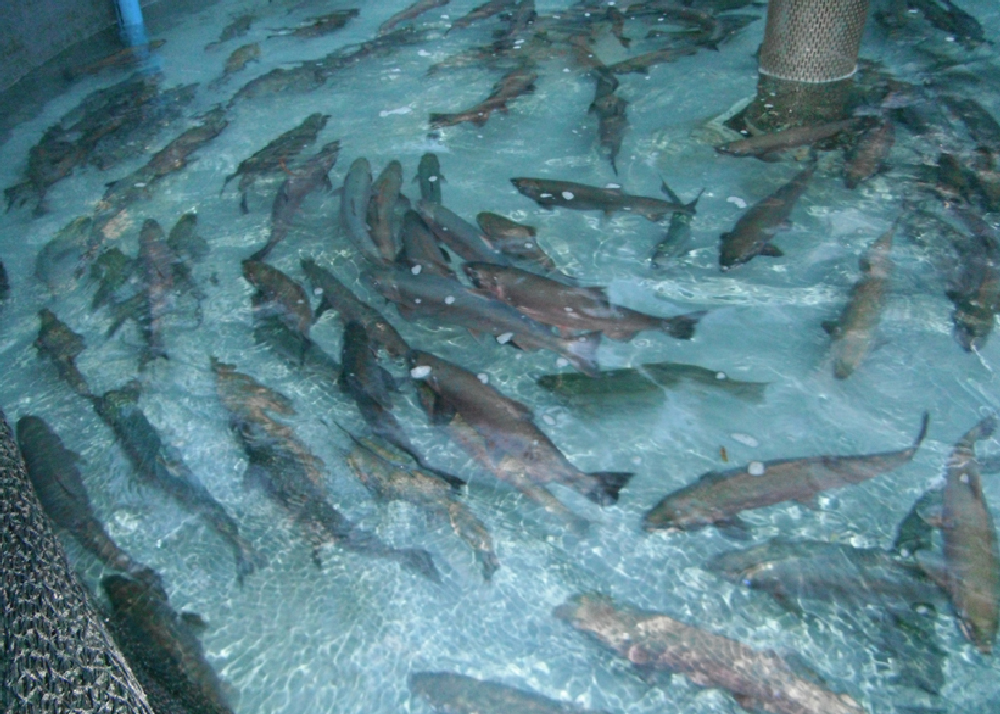 MBSTP supports the recovery of endangered Central California Coast coho salmon primarily through the operation of an integrated conservation hatchery program. Kingfisher Flat Genetic Conservation Hatchery is an MBSTP-run facility located on Big Creek (a tributary to Scott Creek) in northern Santa Cruz County. The setting and scale of this facility are well-suited to our mission of recovering locally-adapted coho salmon and steelhead. By rearing native captive broodstock and crossing them with gametes from wild fish that return to Scott Creek, hatchery staff and volunteers can produce about 35,000 locally-adapted and hatchery-reared coho for planting as smolts.

At the smolt stage, coho salmon are ready for their out-migration to the ocean. If marine survival is good (~2%), then the spawning run on Scott Creek would be about 700 fish. This is about the maximum that this small watershed is able to accommodate. The NMFS coho salmon Recovery Plan specifies that the run would be considered ‘recovered’ if a 500 fish self-sustaining spawning run could be established. Returns in recent years have indicated that the 2% marine survival is not being achieved. A study by NOAA Fisheries scientists is underway to determine if planting the smolts later in the season will result in a higher marine survival rate.

Kingfisher Flat Hatchery rears three year-classes of captive brood-stock. Brood-fish are selected for captive rearing on the basis of greatest genetic diversity. The intention is to maximize genetic diversity, and produce ‘high quality’ coho smolts for release. The captive coho are reared on a diet of fresh-frozen krill and exercised by water currents generated in the rearing pools. Once mature, the coho are spawned according to a spawning matrix developed on the basis of genetic differences. In this way the local native gene-pool can be conserved and used to recover the local coho.

If you are interested in learning more about Central California Coast (CCC) coho salmon and what is being done to support their recovery, check out the pages of our agency partners below: