MBSTP is currently in the application process for federal permits to continue collection of steelhead broodstock to facilitate recovery of local populations. As part of the MBSTP Integrated Steelhead Recovery Program (ISRP), fish will be partially spawned and released back in to the wild to complete their natural upstream migration. Since unlike other salmon, steelhead repeatedly spawn throughout their lives, this partial spawning enables adult steelhead to reproduce naturally while still supporting a conservation program. Propagation of the eggs in a hatchery ensures maximum survival of genetically-local steelhead to the adult stage. These fish will then be released as smolts into area streams and rivers, namely the San Lorenzo River and Scott Creek watersheds.

To support the recovery of wild steelhead, MBSTP also engages in stranding rescues on a number of streams throughout the greater Monterey Bay area. Local tributaries often run dry towards the end of summer due both to natural conditions and human water diversions. When this happens, juvenile steelhead can become stranded and trapped in the drying streams, eventually dying due to asphyxiation. In a stranding rescue, MBSTP works in partnership with CDFW and Santa Cruz County to facilitate the capture and transport of these fish to more suitable habitats. Last summer, MBSTP and our partners rescued over 1,000 juvenile steelhead from area streams! 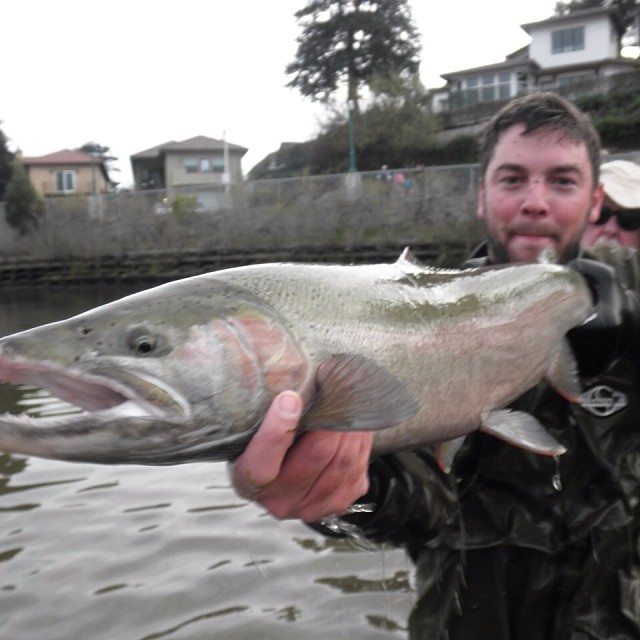 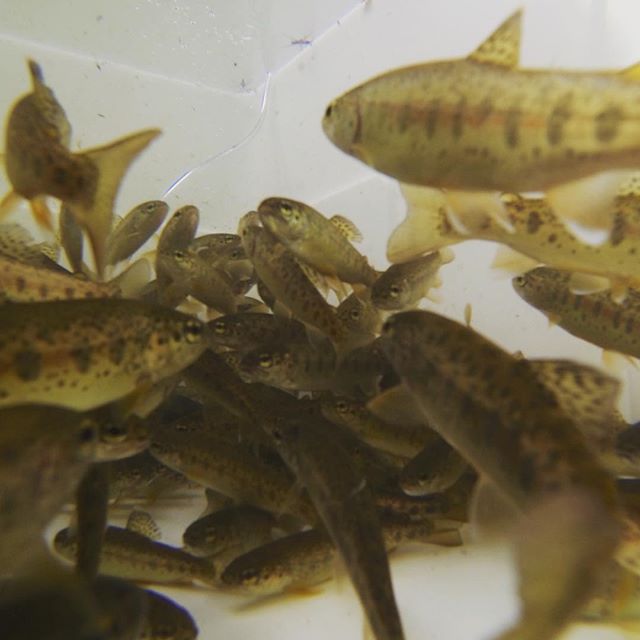 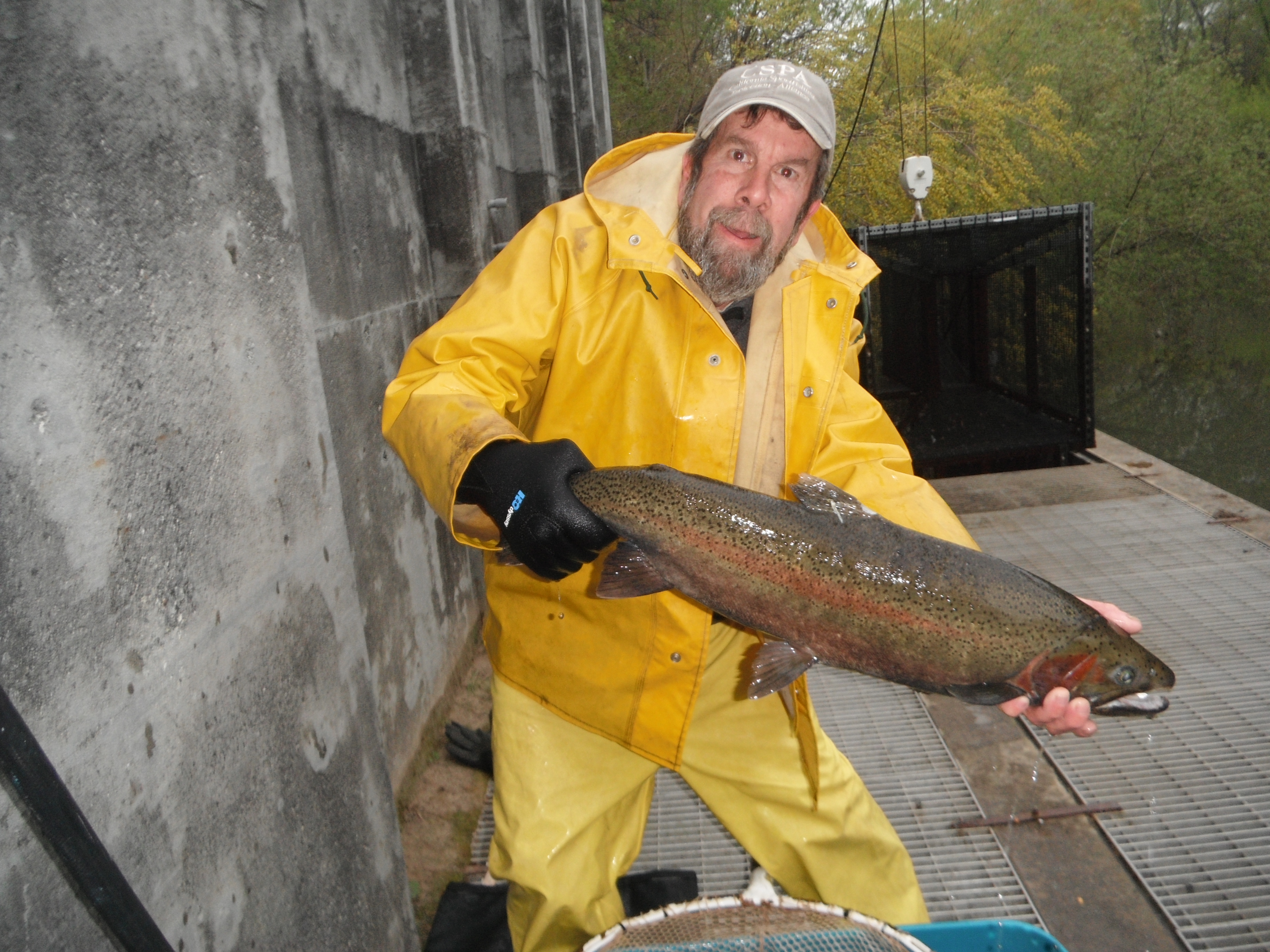 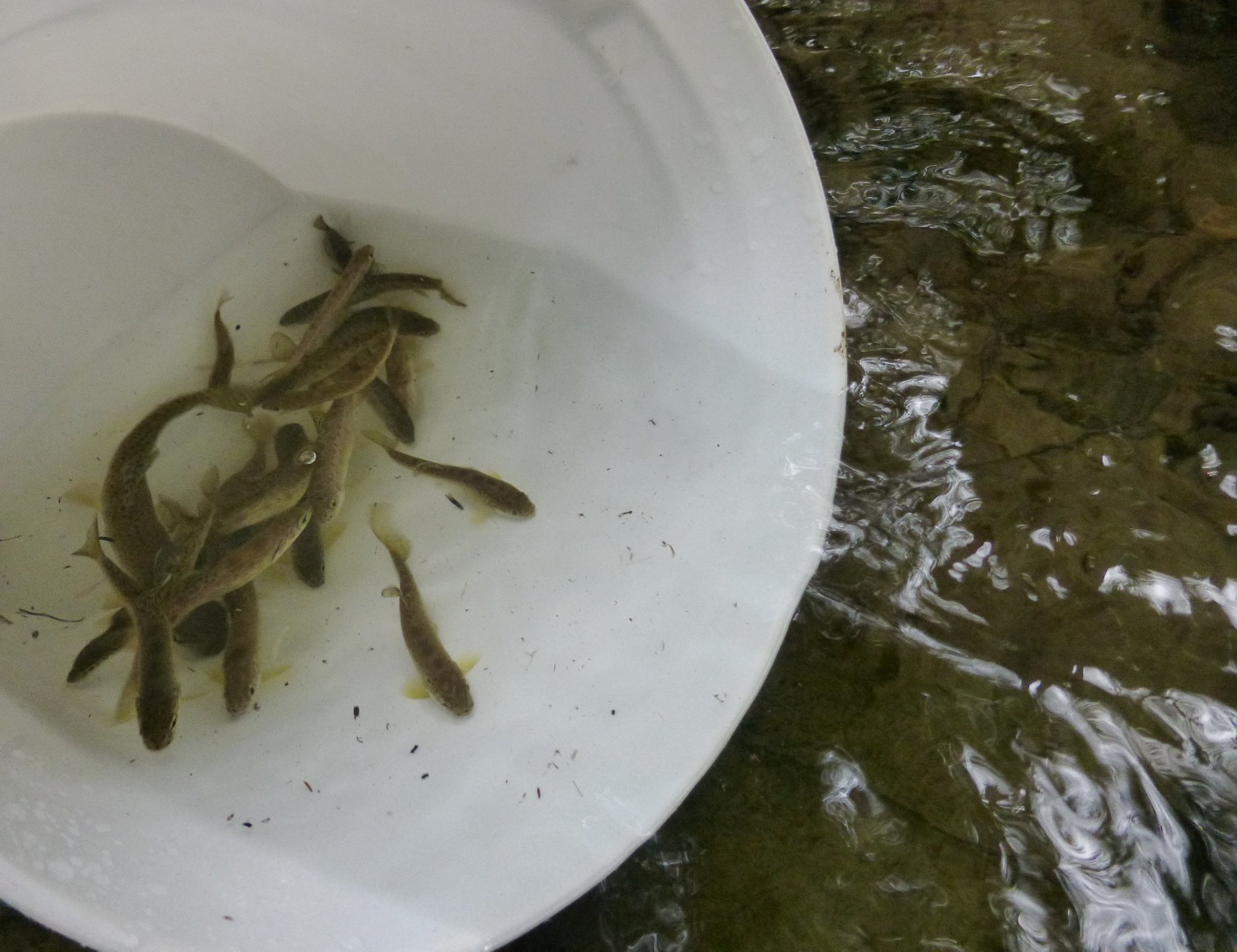 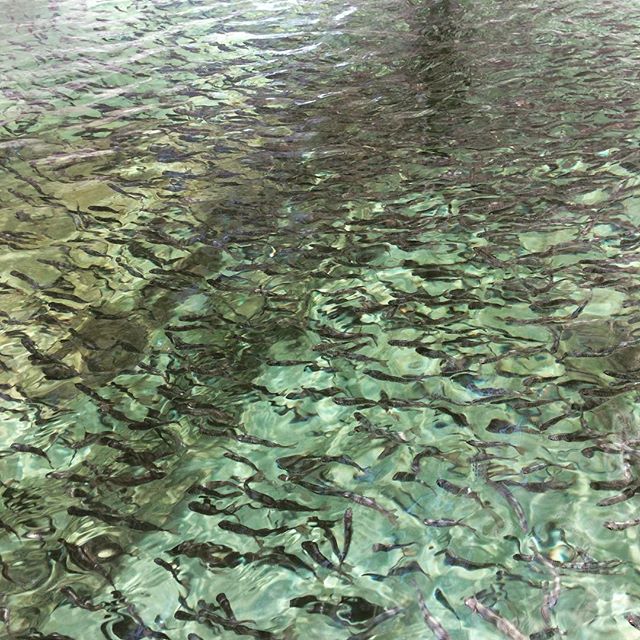 Each Summer, as streams in the Monterey Bay region start to dry up, wild steelhead can become stranded and die due to lack of flowing water or other poor habitat conditions. MBSTP works to save wild young of year and yearling steelhead by performing ‘stranding rescues’ with the partnership of the California Dept. of Fish & Wildlife and the County of Santa Cruz Water Dept. These rescues are accomplished by using a backpack electroshocker to temporarily stun fish so that they may be captured by volunteer ‘netters’ following closeby. These fish are transferred to chilled, aerated coolers and transported by truck to habitats which will retain water throughout the year.

In 2018, MBSTP rescued over 1,000 steelhead from drying creeks in Santa Cruz County! It is our hope to continue to expand this program to cover additional watersheds. By saving what is left of wild steelhead populations on the Central Coast, MBSTP is doing its part to help aid the recovery of these listed species. These rescues provide a great opportunity for volunteerism and local landowner involvement. Without the support of our dedicated membership and landowners throughout the watershed, these rescues would not happen.

MBSTP has officially submitted it’s Hatchery and Genetic Management Plan (HGMP) to state and federal agencies for review. Approval of this document is the first step in gaining permission to take listed species and operate MBSTP’s steelhead hatchery program once again. This program was placed into hiatus in 2015 due to the need for an approved HGMP as well as a Section 10(a) permit to collect fish which are listed under the Endangered Species Act.

MBSTP proposes to operate a steelhead conservation hatchery using cutting-edge genetic monitoring techniques to ensure that there is no negative impact to wild populations of steelhead. All adult broodstock will be partially spawned- allowing for them to complete their natural spawning migration. Additionally, similar to our coho broodstock program, all fish spawned will be evaluated using a ‘spawning matrix’, which will ensure production of the most genetically diverse fish possible.

The Central Coast of California was historically home to substantial runs of wild steelhead. The San Lorenzo River, which flows through downtown Santa Cruz, was a fishing destination for people from across California, contributing significantly to the local economy. Due to a number of human impacts, runs of wild fish in the San Lorenzo have declined drastically over the past 50 years. MBSTP is working to directly supplement wild populations of steelhead using fish from locally-sourced broodstock. It is our goal to prove that, when appropriately managed and monitored, hatcheries can be a powerful tool in the conservation and recovery of listed fish species.

If you’re interested in learning about steelhead locally and throughout California’s Central Coast, check out the resources below: